LOOK: Todd Gurley has hilarious reaction to being released 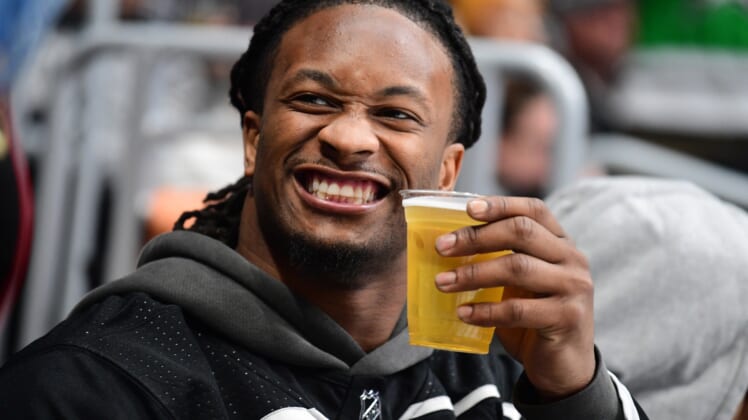 It can be a very emotional moment for an NFL player when they learn they are being cut. Every player reacts differently to the news and in the case of Todd Gurley, he handled it in hilarious fashion.

The Rams announced on Thursday that they were releasing the All-Pro running back. While Aaron Donald didn’t take it well, Gurley handled the news of his firing with some humor.

The Rams attempted to trade Gurley on Thursday, before the 4 p.m. deadline when he would be owed $10.5 million guaranteed. When they couldn’t find a trade partner, Los Angeles cut its losses just over a year after signing him to a four-year, $57.5 million extension,

While his teammates might not be happy that Gurley is gone, the 25-year-old likely won’t be out of work for long. There are quite a few teams around the NFL that stand out as great fits for the talented running back.