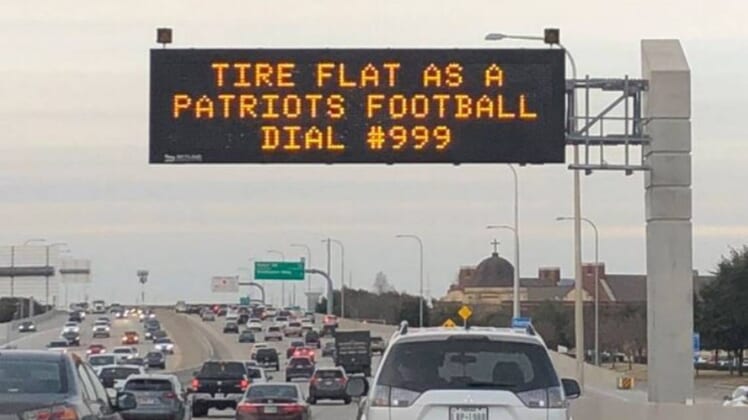 Apparently some folks are still not over the whole “Deflategate” scandal involving the New England Patriots from a few seasons back.

Well, this is a rather obvious dig at the #GoPats and Tom Brady ahead of the #SuperBowl (h/t @BenLaneHW pic.twitter.com/Sypj0zCmTE

This is saltiness at its finest coming from the fine folks at the North Dallas Tollway Authority. They rigged the electronic sign at the George Bush Turnpike to remind the locals passing through that they consider the Patriots cheaters.

Ultimately, quarterback Tom Brady served a four-game suspension in 2016 for reportedly knowing that the footballs used in the AFC Championship Game against the Indianapolis Colts were slightly under-inflated.

This is all water under the bridge for most as Brady prepares to play in his ninth-career Super Bowl.