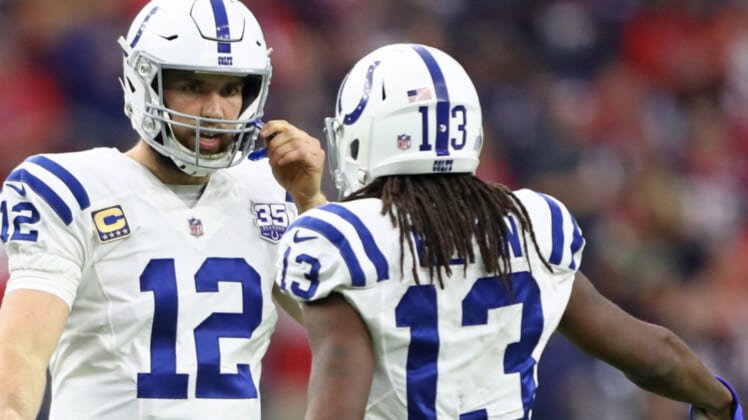 In many ways, Andrew Luck and T.Y. Hilton are tied at the hip. Members of the very same Indianapolis Colts 2012 draft class, the two made sweet music with one another throughout their careers.

One day after Luck shockingly announced his retirement from the NFL, Hilton is out here paying a ton of respect to his now-former teammate.

That’s not tears in our eyes. We just got done cutting some strong onions. The emotions, man.

Hilton quickly morphed into one of the game’s most productive receivers with Luck tossing him the rock. He put up an NFL-best 1,448 receiving yards back in 2016.

After struggling with Luck sidelined throughout the 2017 season, Hilton responded by recording 1,270 receiving yards in 2018. He’s certainly going to miss Mr. Luck.