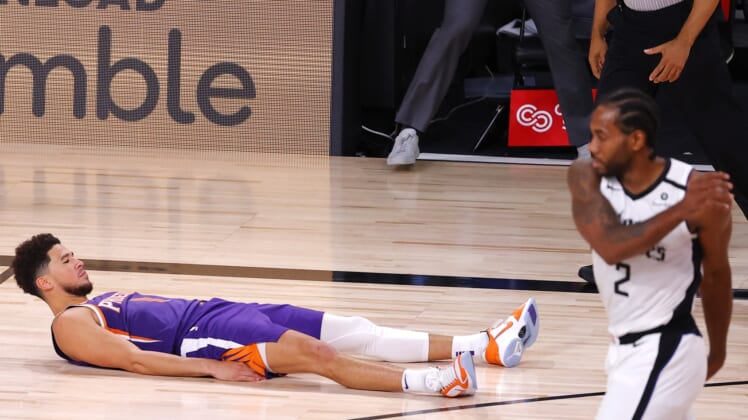 For a while there on Saturday afternoon, it looked like Damian Lillard and the Portland Trail Blazers were going to pull off yet another big win as they attempt to make the playoffs.

Watching from the couch, the red-hot Phoenix Suns could not have been happier to see what went down at Walt Disney World. Check out their epic response to the Clippers’ win.

That’s just all sorts of awesome right there. We also love that the Suns changed their screen name on Twitter to “LA Clippers Stan Account.” Much like Devin Booker, the Suns’ social media team has been on fire since the NBA season restarted.

Phoenix heads into Saturday afternoon’s game against the Miami Heat as the only undefeated team (4-0) in the Orlando bubble. It is also just 2.5 games out of the final playoff spot. If the Suns are the ninth seed and four games or less out of the eighth spot, they will partake in a play-in tournament.