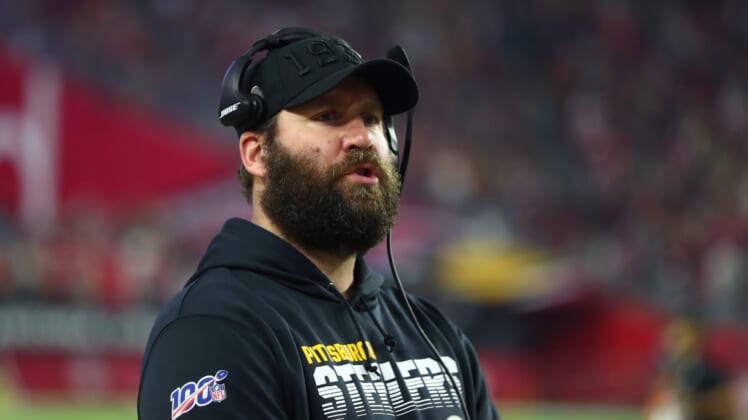 A lot was made this past season of then-injured Pittsburgh Steelers quarterback Ben Roethlisberger looking like a legit mountain man. Was Big Ben in fact rehabbing from surgery in the West Virginia backwoods?

We might now have an answer to that. Roethlisberger took in the West Virginia college basketball game against Kansas Wednesday night in Morgantown.

No words can express this look. Not a single one.

In case you were wondering, Big Ben is the dude in the black shirt and baseball cap. It was kind of hard to tell, right?

The future Hall of Fame quarterback took it to the next level a bit later.

Not many men can pull off this look. Davy Crockett would be proud. Job well done, Mr. Roethlisberger.