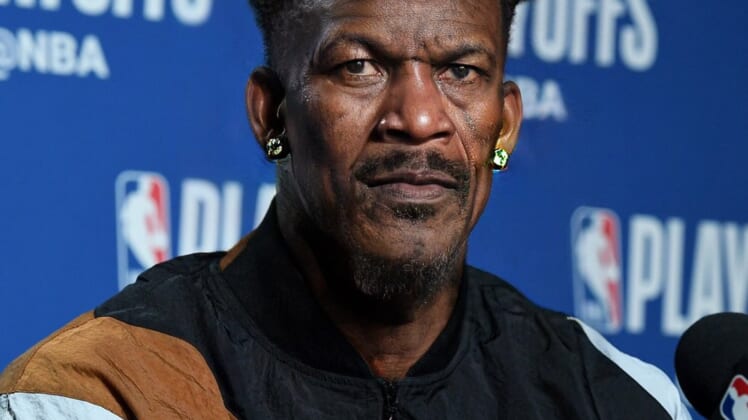 FaceApp has taken off big time around the social media world this week.

The mobile app has a feature that inables people to see what they might look like decades down the road. It’s absolutely incredible.

The sports world is now getting involved in the frenzy, and it’s about as good as it gets.

Okay, so Harry GIles is a bit scary in that last photo. A combination of Wolverine and former NBA legend Sam Cassell.

The Boston Celtics got into the fun.

As did the Portland Trail Blazers.

And the Orlando Magic.

MLB’s New York Mets look excellent. The future might be bright for the downtrodden organization. At the very least, those on the Mets look like they’ll age well.

The Texas Rangers want to know if they did it right.

The New York Jets are styling as well.

Though, we’re not too sure about the Minnesota Vikings.

Or the Buffalo Bills.

Though, Adrian Peterson really has not changed much.

This really has been all sorts of fun. We’re glad to see the sports world having fun with it.