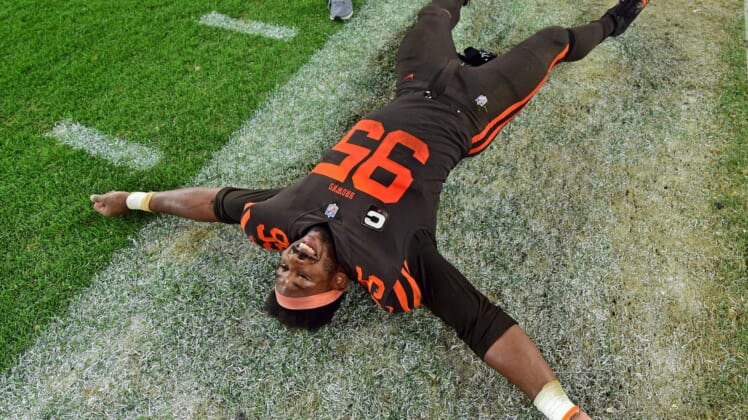 Snoop Dogg. The Dawg Pound. The Cleveland Browns. Get it?

It’s just too much awesomeness for most of us to fathom. And it was on full display during Browns practice on Wednesday when the hip-hop legend made his way to Ohio.

Not only that, Browns head coach Hue Jackson — long considered a friend of Snoop — decided to shade Mr. Calvin.

We also have photo evidence of Snoop and Baker Mayfield hanging out, proving once and for all that they are not in fact the same person.

.@SnoopDogg in the house! ? pic.twitter.com/hDG02PJHsJ

How very “Doggfather” of the two.

Just to make it very clear, Snoop wants Browns fans with his namesake to “turn it up” Sunday against his hometown Los Angeles Chargers.

“Dawg Pound, you better turn up this week!”

Thanks for stopping by practice, @SnoopDogg! ? pic.twitter.com/NkEwArndN8

Oh, and he also hung out with GOAT Joe Thomas.

.@SnoopDogg is live and in studio on @Browns_Daily!

If we need any further evidence of the Browns’ return to relevance, there’s no reason to look beyond Snoop’s presence. Heck, it might even be time to start drinking the “Coolaid.”

Let’s just hope the Browns make it a “Malice n Wonderland” for Philip Rivers and Co. on Sunday.