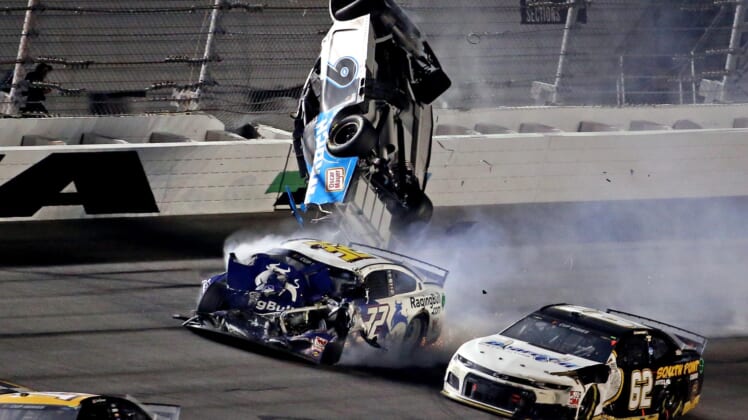 Just two days after NASCAR fans feared the worst following the horrific crash on the final lap of the Daytona 500, driver Ryan Newman was walking around the hospital and smiling with his kids on Wednesday.

In an update released by Roush Fenway Racing, the team announced that Newman is showing great improvement and is alert and interacting with his family at Halifax Medical Center.

It’s another incredible piece of news following a crash that saw Newman’s car flip into the air, get hit at full speed on the driver’s side then catch fire. The entire NASCAR community held its collective breath as emergency crews pulled Newman from the car and transported him to the hospital.

NASCAR received plenty of criticism for its immediate handling of the crash regarding the broadcast and Denny Hamlin’s celebration after winning the Daytona 500. However, credit must also go to NASCAR for making the necessary innovations with safety measures in the car that likely saved Newman’s life.