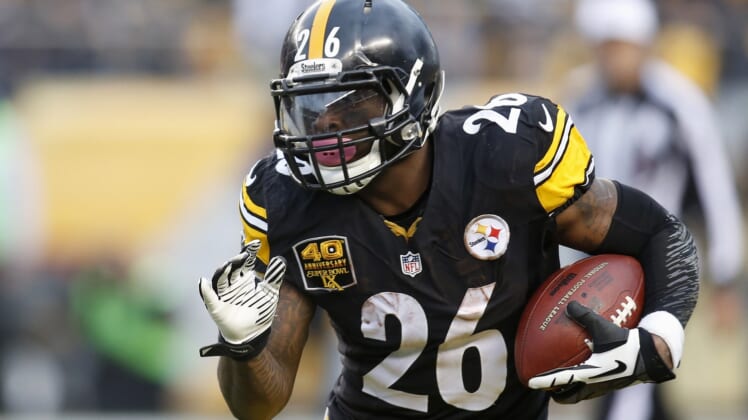 The Baltimore Ravens might not have a say as it relates to embattled Pittsburgh Steelers wide receiver Antonio Brown and his potential landing spot.

But the same thing can’t be said for impending free agent Le’Veon Bell. Pittsburgh announced last week that it will allow Bell to test the open market in March.

If so, the Ravens are one of many teams primed to be interested in the All-Pro running back.

Star Baltimore cornerback Marlon Humphrey would seemingly be more than happy with this scenario. In fact, he’s out here openly recruiting Bell from the division rival.

It’s not the first time we’ve seen Bell and the Ravens connected. He just recently showed interest in joining the team with a post on social media.

This would be one heck of a relationship. Just imagine Bell teaming up with dynamic young Ravens quarterback Lamar Jackson in the backfield.

First-year Ravens general manager Eric DeCosta noted after the 2018 season that top-end free agents will be attracted to Baltimore because of Jackson’s presence.

For their part, the Ravens find themselves $51 million under the cap after releasing veteran Michael Crabtree earlier on Monday.