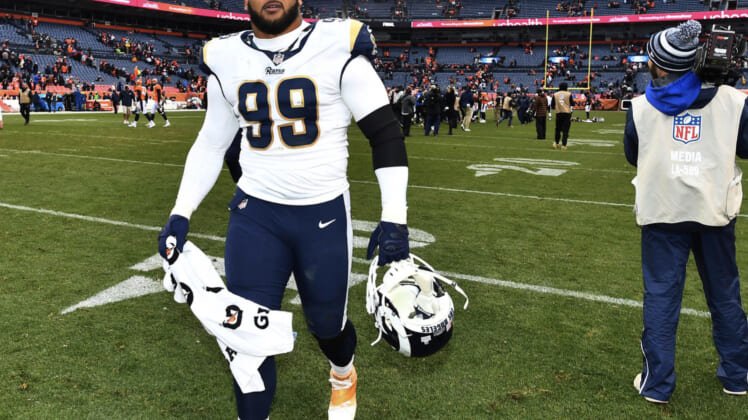 Los Angeles Rams defensive tackle Aaron Donald might be known as the most fearsome defender in the NFL.

But off the field, Donald appears to have a heart of gold. The two-time reigning NFL Defensive Player of the Year just recently took a group of girls in Los Angeles to a shopping spree at DICK’S Sporting Goods.

The idea was to get the youngsters from Girls On The Run LA new shoes to help promote National Runners’ Month. Not only this, Donald went on a run with the girls.

According to a press release obtained by Sportsnaut, DICK’S is hosting its first ever virtual race this month. It’s known as Run Your Run myK with some of the proceeds going to Girls on the Run.

Donald, who has a six-year old daughter himself, knows full well how important it is for youngsters to remain active and in shape. This is one of the ways he’s decided to give back.

The virtual race can be completed anywhere. A total of $5.00 from every registration will go back to Girls On The Run.

What a great idea.