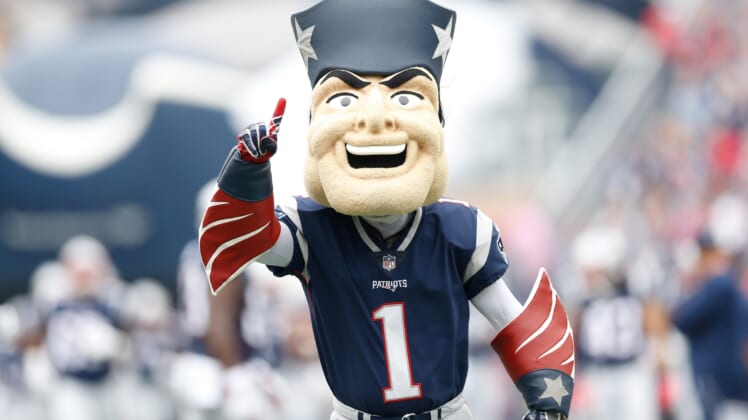 The New England Patriots are preparing to travel to Atlanta for Super Bowl LIII, but before they do they’re having a sendoff party at Gillette Stadium.

Fans have showed up en masse to celebrate the team’s third straight trip to the Super Bowl, and the pictures coming out of this event are wild. The team is reporting an estimated 20,000-30,000 people have showed up to Gillette Stadium for this Super Bowl sendoff party.

The @Patriots estimate at least 20,000 fans are out at @GilletteStadium right now to send-off the @Patriots to the ATL! Phenomenal! @boston25 pic.twitter.com/hRpUnRT93Y

Estimated over 30,000 in attendance for the @patriots send-off rally. Much bigger turn out then the last time (2011) rally was inside Gillette Stadium. @BGlobeSports pic.twitter.com/hlr3m96Lux

But based on the pictures we’ve seen, one could surmise that’s a conservative estimate.

A look from above Gillette Stadium shows how many people are in attendance at the Patriots #SBLIII send-off rally. pic.twitter.com/tqudWJSEqy

Huge crowd already for the Patriots’ Super Bowl sendoff rally. If you’re one of the few not here, you can watch, streaming at https://t.co/m3JYonUeni at 10am, on @WBZ at 10:30am. pic.twitter.com/vzTed8F1Vr

If the Pats end up winning their sixth title in the Bill Belichick/Tom Brady era, this will look like peanuts compared to the victory parade.