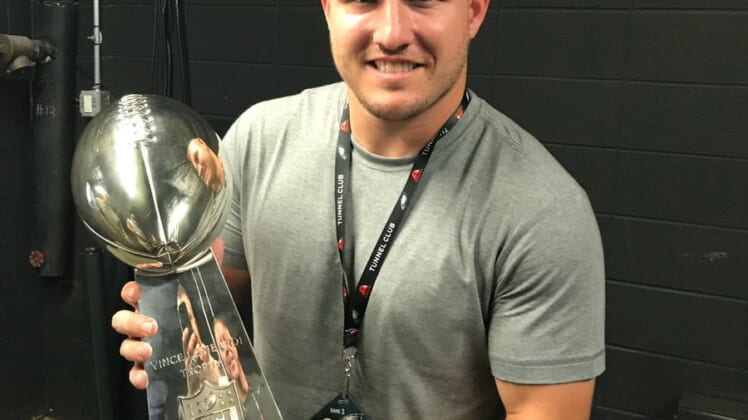 Not only that, the Los Angeles Angels’ star was able to hang out with the Lombardi Trophy. It represents the culmination of years of suffering in the City of Brotherly Love.

Despite being a New Jersey native, Trout knows full well what this suffering feels like. And he couldn’t be more excited to pose with the trophy.

It just so happens that Trout’s Angels were off on Thursday and are away from the west coast in preparation for a weekend series on the road against the Chicago White Sox.

Trout has not been quiet in professing his love for the Eagles. He declared he was going for them in a game against the Los Angeles Rams late last season and has since taken that to a whole new level.

Sadly for Trout, his Angels continue to be mired in mediocrity. This trophy might very well be the closest he gets to a championship while being a member of the squad.