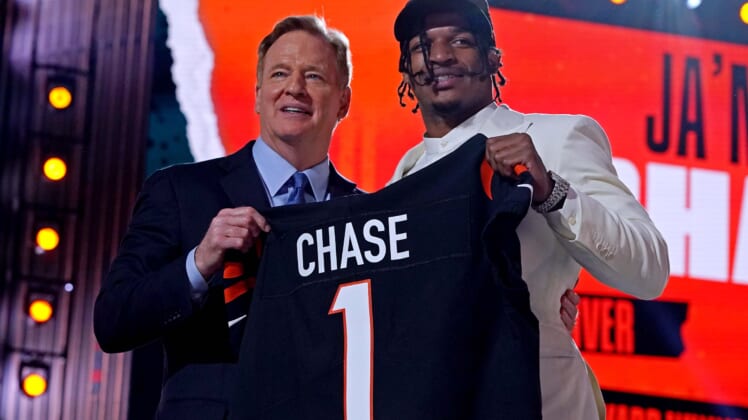 But that was in no way the story. Rams head coach Sean McVay was making the pick from the comfort of his Southern California home. As coverage of the annual draft made its way to his residence, something strange was hanging on the wall.

Yes, that’s a portrait of NFL Commissioner Roger Goodell. It really is something else. Either the Los Angeles Rams are attempting to get in Goodell’s good graces or are trolling the embattled NFL head. Either way, it’s just brilliant.

Those watching the broadcast from home responded in kind.

Perhaps, this will take some of the focus off the Rams taking a 155-pound wide receiver in the second round of the 2021 NFL Draft.