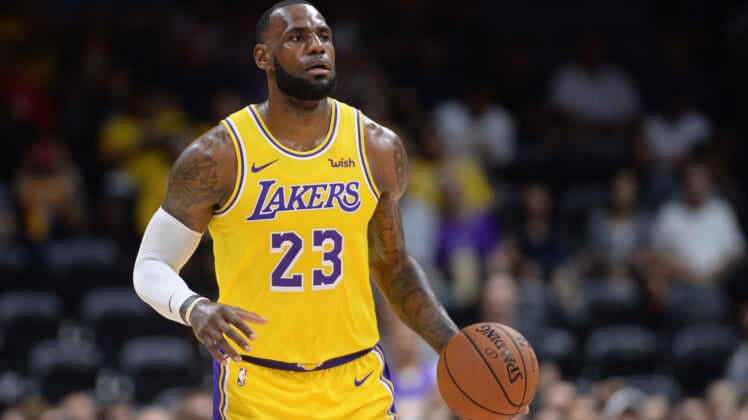 LeBron James is the biggest superstar in the NBA. He’s also a proud father who absolutely adores his children and is often seen supporting his sons as they pursue their own hoops dreams.

On Monday during shootaround with his Los Angeles Lakers teammates, James showed his support for Bronny James, his oldest son who is currently tearing it up playing ball at Crossroads School in Santa Monica, Ca.

Though he’s just 14, Bronny has already been offered by Kentucky’s John Calipari. Many other top schools are also interested in him. The young guard dunked for the first time last summer and certainly appears to have a bright future ahead of him.