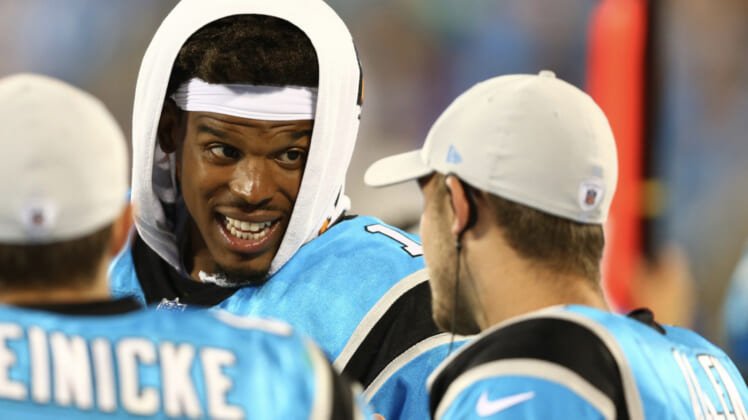 The Carolina Panthers announced on Tuesday what seemed to be inevitable. Starting quarterback Cam Newton will miss the reminder of the season with a Lisfranc injury after being placed on injured reserve.

Newton has not suited up since Week 2. Recent reports suggested that the injury wasn’t getting any better. This was the next logical step.

With Kyle Allen slated to start for the remainder of the season and potentially into the future, the former undrafted free agent showered Newton with praise on Instagram after hearing of the news.

I watched this man do everything in his power to come back from his injury,” Allen wrote. “I watched him lead and be a great teammate day in day out. Thank you for setting the example. We got you.

The 30-year-old Newton has acted like a veteran presence for Allen. That’s not something we see a lot in today’s NFL when it comes to the quarterback position.

Allen has posted a 5-1 record as a starter since Newton went down and has his Panthers in clear playoff positioning.

If this is indeed the end of the line for Newton in Carolina, it does not seem like there’s many hurt feelings. That’s always nice to see.