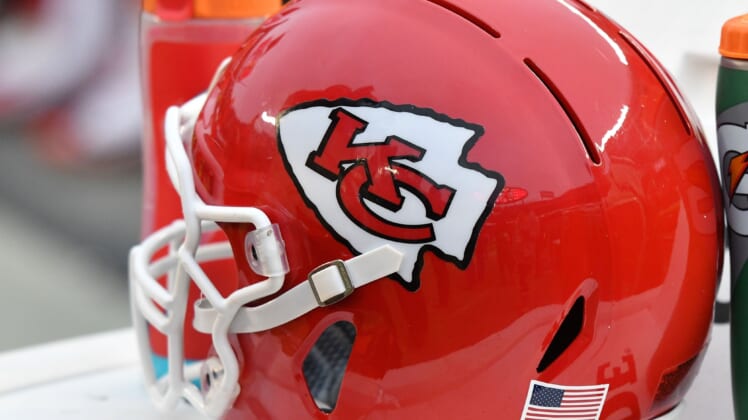 The Kansas City Chiefs unveiled their Super Bowl rings on Tuesday night as they get ready for the 2020 NFL season and they are a thing of beauty.

Just a few months after Patrick Mahomes and Co. led an incredible comeback to bring the Lombardi Trophy back to Kansas City for the first time in 50 years, the rings were finally unveiled to the world.

Of course, the Chiefs had to make sure this ring was unique. So, they created an incredible design that featured 255 diamonds and 36 rubies, presented in a stunning display that will make the memories of their victory even more memorable.

Such a unique ring requires getting all the little details right, as we see in the video of its creation. Fittingly, the Chiefs made sure to feature certain numbers that paid tribute to the club’s history.

Among them, 50 diamonds surrounding the rubies and the logo represent the years between the club’s two Super Bowl victories. There are also 60 diamonds at the top of the ring, symbolizing the number of seasons in the team’s history. On the side, the 142.2 honors the moment the fans made history with a record 142.2 decibel level at Arrowhead Stadium.

It’s been an incredible year for Mahomes, between hoisting the Lombardi Trophy and signing the largest contract in NFL history. It got even better on Tuesday when Mahomes saw his ring and his eyes said everything.

There’s plenty who believe the Chiefs are the NFL’s next dynasty, including one star predicting even more rings are coming. Given Mahomes, Chris Jones and Travis Kelce just signed long-term deals this offseason and they’ll be playing for Andy Reid for years to come, it could happen.

We’ll have to wait to find out if they are right, but there’s a good chance this won’t be the only Super Bowl ring Mahomes wears when his NFL career ends.