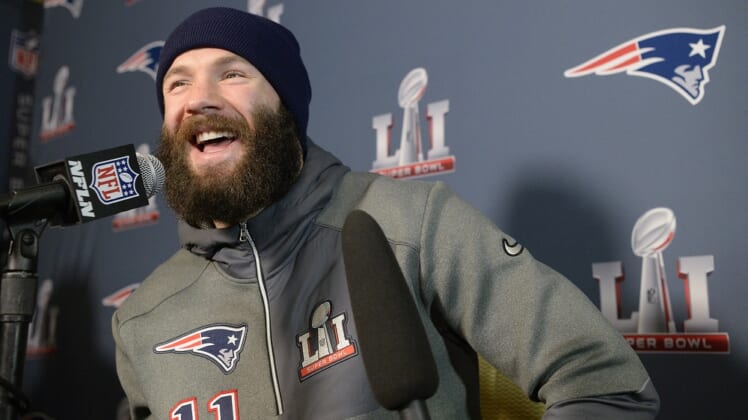 Edelman took to Twitter ahead of Super Bowl LIII to absolutely troll the Los Angeles Rams with one perfect meme.

This is about as legit as it gets. More so than the Boston area, Los Angeles is known for its love of In-N-Out. Edelman is out here claiming the fast-food chain as his own and not looking back. All the while, he’s playing the “Beat LA” card.

One now has to wonder how the Rams and their players respond. The hope is that a Twitter beef (pun intended) is the end result ahead of Sunday’s big game. Make it happen, people.