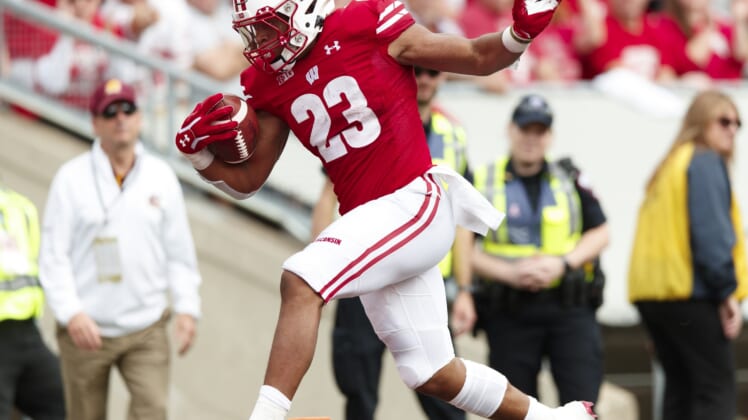 Jonathan Taylor has been doing some amazing things so far this season for the Wisconsin Badgers, and on Saturday he wanted to ensure he looked good going against B1G powerhouse Michigan.

As pointed out by Darren Rovell of The Action Network Saturday, Taylor was rocking a Louis Vuitton mouthpiece for his huge game against the Wolverines.

Taylor seems to subscribe to the Deion Sanders “Look good, feel good, play good” method. And to be honest it’s working for him.

The Heisman candidate was phenomenal on Wisconsin’s opening drive against Michigan Saturday, going for 51 yards and a touchdown to cap it off.

It won’t be much longer until Taylor is plying his trade at the NFL level, and given when he’s expected to be drafted he’ll be able to afford some more significant fashion items for his wardrobe.