LOOK: Joel Embiid upsets all of Philadelphia with Packers tweet 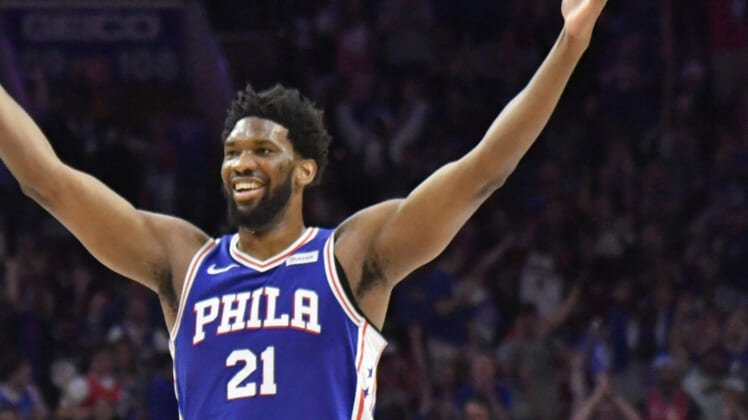 The Philadelphia 76ers might be an important commodity in the City of Brotherly Love. But at this point in the year, it’s all about the Philadelphia Eagles.

Unfortunately for fans in the city, star Sixers big man Joel Embiid is a Packers fan. He made sure everyone knew about that on Twitter ahead of Thursday night’s game between the Eagles and Packers in Green Bay.

Oh boy. That’s about to go over really well in Philadelphia. Eagles fans are already in a crabby mood following a 1-2 start to the season.

If they fall three games behind Green Bay in the NFC Playoff race through four weeks, we’re pretty sure Embiid is going to hear about it.

Heck, he already is.

Though, we must note that this is no slight. Embiid has remained consistent. He’s no bandwagon Packers fan. He’s surely not out here to piss off an entire city. He’s just a troll god.

In the end, that won’t matter. For at least one night, Embiid is an enemy of the Philadelphia sports fan.