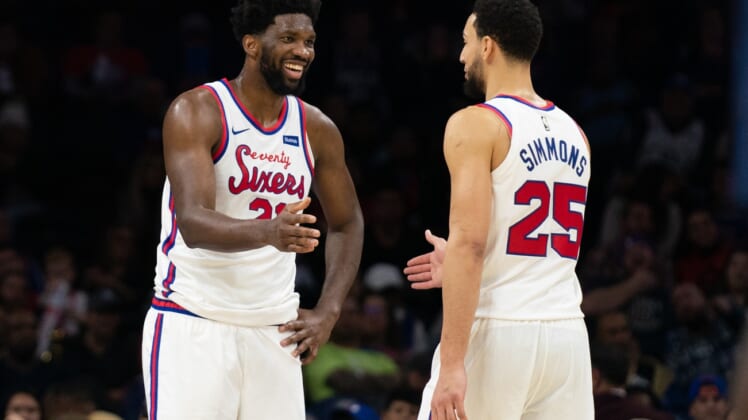 Philadelphia 76ers center Joel Embiid has proven he’s willing to go after anyone in his career. Now, the All-Star is seemingly taking a few shots at teammate Ben Simmons with his comments on Thursday.

Speaking to reporters about the team’s struggles offensively, Embiid suggested that starters need to look at themselves and find what they can do to help the team. Specifically, going outside their comfort zone and taking open shots to help the team.

Embiid’s comments, even if unintentionally a shot at Simmons, represent much of the criticism that has been directed at the All-Star guard.

While he has delighted the crowd with two made three-pointers this year, the 23-year-old frequently passes up on open shots and looks to feed the ball to a more covered teammate. Simmons enters Thursday averaging just 14.5 points per game, taking nearly two fewer attempts per contest compared to last season.

If the 76ers want to live up to their potential and compete for a championship, Simmons must put his reservations about shooting jumpers behind him and open up the floor more for his teammates. Otherwise, this team will be easier to defend and get chased out of the playoffs once again.