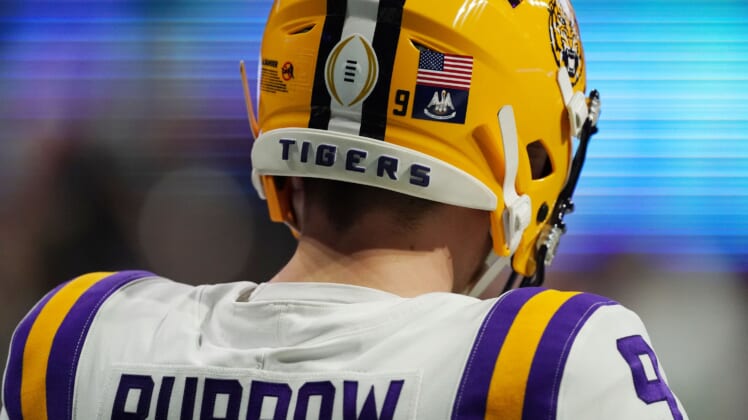 If the Cincinnati Bengals go through with their plans to select Joe Burrow with the No. 1 overall pick, the first Bengals’ Burrow jersey has already been signed by the star himself.

When a Bengals fan ran into Burrow this week, he asked the Heisman Trophy winner to sign his customized jersey and Burrow seemingly obliged.

There have been rumors suggesting Burrow might not want to play for the Bengals, which the star quarterback has denied. A chance to become part of the exclusive club as a No. 1 pick will likely be too much to pass up, especially since he’d get to play in his home state of Ohio.

Cincinnati’s fans desperately want Burrow to be the No. 1 pick and it’s likely only a matter of time until that happens. If it does, this lucky fan already has their hands on a rare piece of memorabilia.