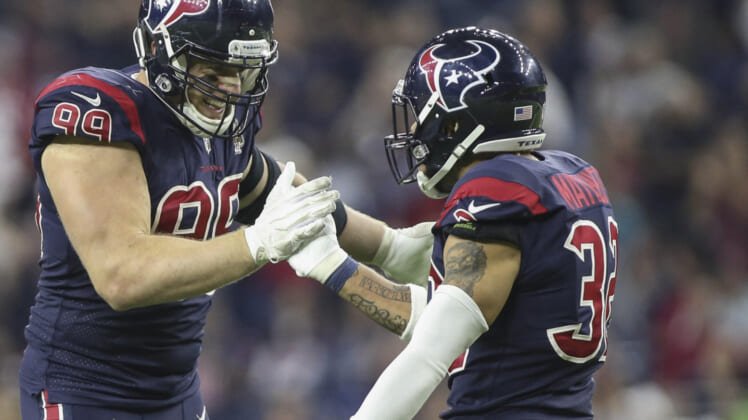 J.J. Watt and Tyrann Mathieu were teammates with the Houston Texans for just one season. In no way does this mean the two don’t have mutual admiration for one another.

Shortly after it was reported that Mathieu intends to a sign a three-year, $42 million deal with the conference-rival Kansas City Chiefs, Watt took to social media to congratulate his now former teammate.

That right there is a classy move from a player in Watt who has represented the Houston community better than any professional athlete in sports history. It’s also directed to another player that continues to do a lot in the community.

Honey Badger’s story continues to act as a beacon of light for around the football world.

Following troubles during his college career at LSU that included an arrest on marijuana possession charges, Mathieu has turned his life around in a big way. Not only has this helped him become one of the highest-paid safeties in the game, it’s led to him earning a ton of respect from his colleagues.