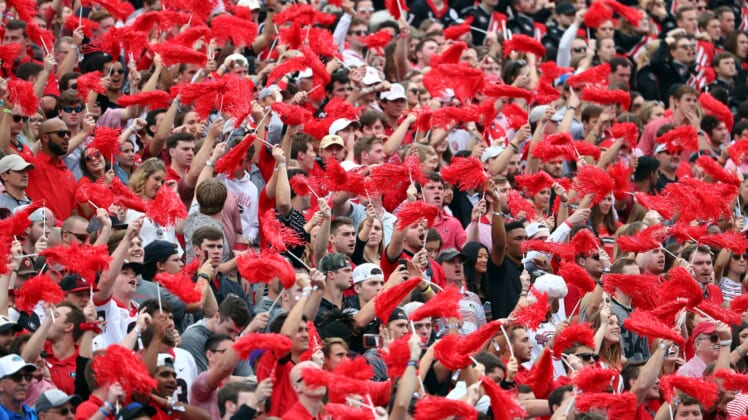 Georgia Bulldogs fans arrived in Atlanta and walked into Mercedes-Benz Stadium excited to watch their team battle for a conference title and a College Football Playoff spot. After three quarters of ugliness, those same fans left en masse.

After Joe Burrow connected with receiver Justin Jefferson to take a 33-4 lead in the third quarter, whatever hope Georgia’s fan base still held disappeared as fans quickly left the stadium.

It didn’t take long before the Bulldogs’ sections, much like the team’s playoff hopes were gone.

It left LSU’s fans with the entire fourth quarter to celebrate in an empty stadium surrounded by their peers.

The Bulldogs came into Saturday’s game with a significant home-field advantage. It didn’t take long for that support to dwindle. Now, Georgia’s biggest and newest stadium is filled with fans from their rival celebrating.