LOOK: Dwayne Haskins has mural of him and Tom Brady in his home 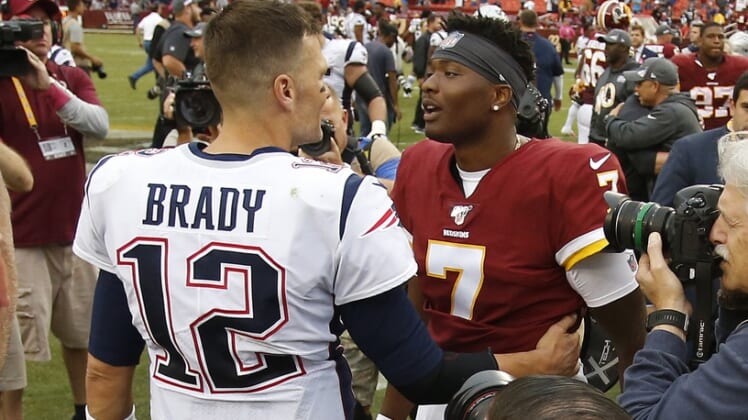 Washington Redskins quarterback Dwayne Haskins must absolutely treasure meeting Tom Brady on the field last year. We assume this is the case because the second-year quarterback has a mural of the two of them in his home.

Sunday Night Football on Twitter shared the mural, along with the picture it was modeled after. Haskins had shared it originally on Instagram Live.

Haskins then saw the tweet and quote-tweeted with the GOAT emoji and caption of, “immortalized, mad respect” Tom Brady.

Brady truly is the greatest of all time, and it’s not surprising that any young quarterback would idolize him. But having an image like this put on your wall at home as a mural is next-level stuff.