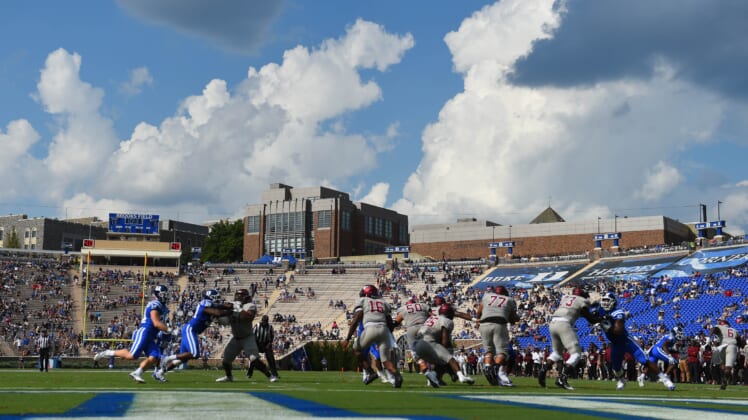 The arrival of “Rivalry Week” brings a lot of excitement to campus and can turn college stadiums into a wild, exciting atmosphere. Unless it’s Duke, because almost no one showed up for Saturday’s game against Wake Forest.

Just before kickoff at Saturday’s game between the Blue Devils and Demon Deacons, less than 100 fans were in their seats to watch the action.

It’s not even like the Blue Devils are a bad team either. Duke is one win shy of an eight-win season and a win over Wake Forest would prevent the Demon Deacons from being bowl eligible.

Even on a day when Duke’s basketball team isn’t playing, the football team could barely fill two rows of seating in a single section. It’s basketball season at Duke and students clearly don’t have time for an early morning game.