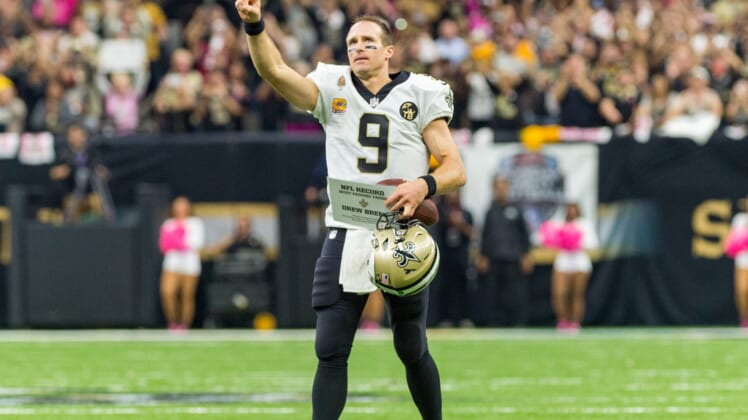 The Future Hall of Famer is known for going above and beyond as a leader. He used that record-breaking performance to help with the Hurricane Michael aid in Florida. On top of that, he’s now showing his teammates — both former and current — some serious love and devotion.

Every single player who has ever caught a pass from him or started at offensive line during his career while he played in the NFL is receiving a custom game ball with a personalized letter from Brees for helping him make history.

Drew Brees sent a customized game ball and a personalized letter to anybody that caught a pass from him or started at offensive line during his career for their contributions to his all-time @NFL passing yardage record! pic.twitter.com/2moAcXFpfC

It’s no wonder Brees has endeared himself to his teammates. They’ll literally run through a brick wall for this guy.