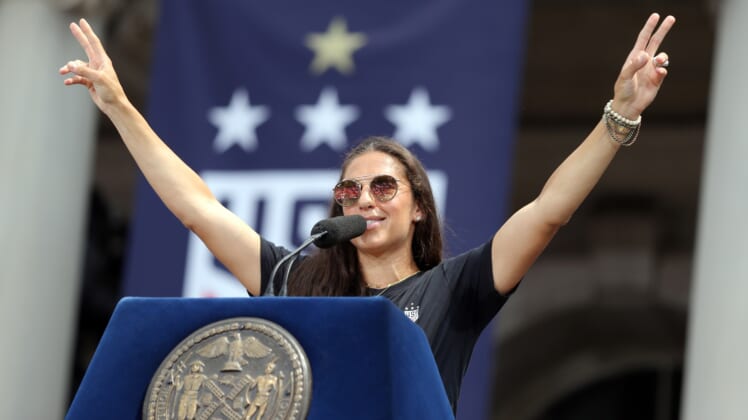 Tampa Bay Buccaneers kicker Matt Gay was simply going about his Thursday in preparation for this week’s game against the Los Angeles Rams.

Gay had no idea that he’d be drawn into a debate about soccer star Carli Lloyd and her ability to play in the NFL. Gay surely didn’t think it would come from a deodorant company such as Secret.

“Hey Bucs fans, do you sweat 34 yarders?” The pun game is real strong in this ad. Sweat. Deodorant. Get it?

Lloyd made waves late in the summer when she impressed kicking long field goals in workouts with two different teams. She’s since indicated a willingness to make the jump to the NFL.

Given the struggles we’ve seen from kickers this season, Lloyd’s presence on an NFL team wouldn’t come as too much of a shock.

As it relates to Gay, he’s connected on 7-of-9 field goal attempts but has also missed 2-of-7 extra points.