LOOK: Damian Lillard going at it with Paul George, Patrick Beverley on Instagram 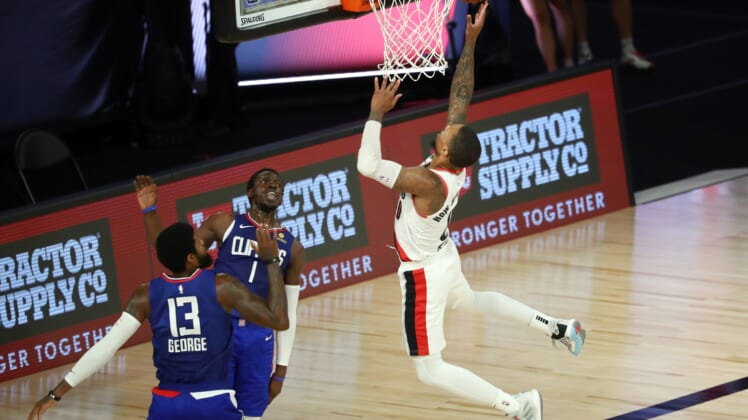 At issue here was the reaction of Clippers players after Lillard missed two free throws in the final 20 seconds that would have given Portland the lead. Specifically, Lillard called out George for last year’s first-round loss to the Blazers.

The drama was apparently brought back to their hotel rooms at Walt Disney World in Orlando Saturday afternoon. Check out this interaction between the three on Instagram. It’s something else.

Whew. This obviously isn’t friendly banter. There’s major issues between Lillard and his Western Conference rivals. It also seems that NBA players have too much time on their hands while existing in Orlando’s bubble.

Get your popcorn ready, this is unlikely to end any time soon.