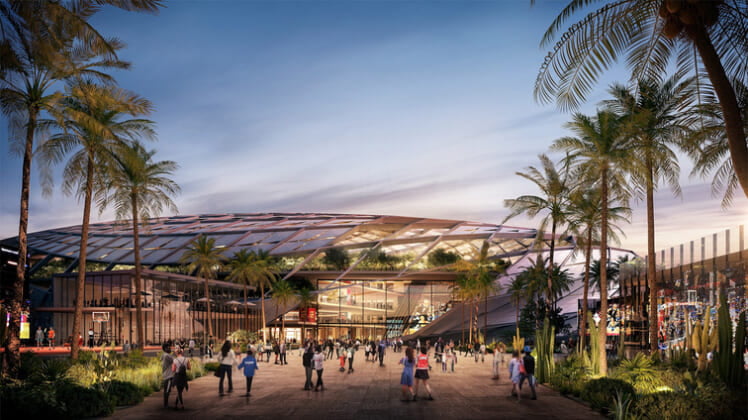 The Los Angeles Clippers might have made waves by acquiring Kawhi Leonard and Paul George during the summer, they they have long-ranging plans to become their own entity in Southern California.

Despite some legal hurdles, the Clippers released plans on Thursday for a new state-of-the-art arena in Inglewood. According to the team’s press release, the hope is that the new complex will be completed in 2024.

“My goal is simple. I want the Clippers to have the best home in all of sports,” said Clippers Chairman Steve Ballmer, via the team’s official website. “What that means to me is an unparalleled environment for players, for fans, for sponsors and for the community of Inglewood. Our goal is to build a facility that re-sets fans’ expectations while having a transformative impact on the city we will call home.”

The Clippers’ current lease with the Staples Center ends in 2024. As such, this organization has no plans to continue sharing that arena with the Lakers.

Included in the press release are some renderings of the soon-to-be built arena. It looks absolutely amazing.

The plan calls for a sports medicine clinic, spaces for parks and educational facilities, restaurants and an indoor basketball court for the local community. It’s expected to be fully privately financed, meaning no public dollars will go into the project.

Residing in Seattle, Ballmer also noted that the Clippers will not be relocating. Even if this project doesn’t come to fruition, the future of the organization remains in Southern California.

“We’re not moving, and neither is our basketball team. Let’s get that out of the way,” Ballmer noted.

It will be interesting to see if this plan actually works out. If so, Southern California could be looking at two modern professional sports venues with the NFL’s Rams and Chargers stadium set to open in the not-so-distant future.