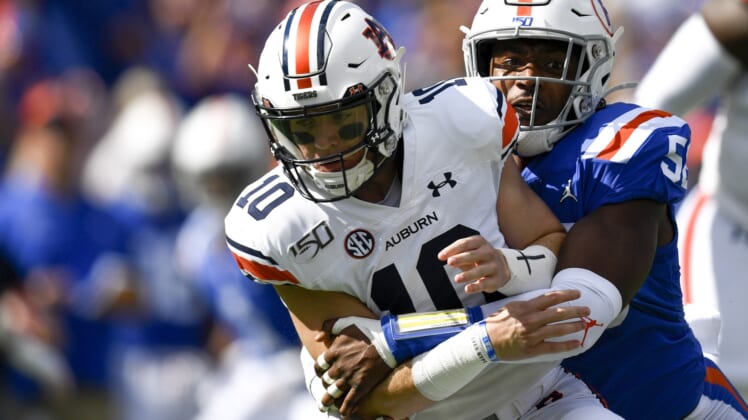 Auburn freshman quarterback Bo Nix will learn from his mistakes, but on Saturday he made a few big ones against Florida.

In consecutive drives, Nix killed any chance Auburn had of scoring. The first came when he threw a bad interception into the end zone. Then, after being rescued by his defense, Nix was at it again with a game-changing mistake.

Facing 3rd-and-8 from the Florida 36-yard line, Nix made a series of bad moves and lost 22 yards on a brutal sack.

This poor decision cost his team a chance to attempt a field goal, and the Tigers would end up getting doubly burned as Lamichal Perine ripped off an 88-yard touchdown a couple plays later.