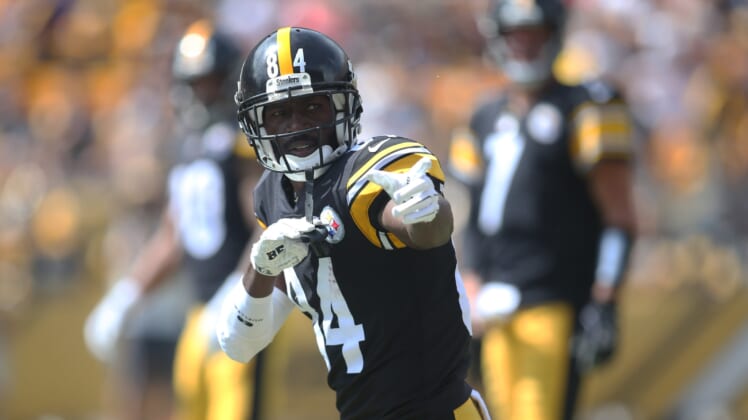 Wide receiver Antonio Brown is still officially a member of the Pittsburgh Steelers. But one wouldn’t know that by looking at his Twitter bio.

Brown edited his Twitter bio recently. In doing so, he removed all mention of the Steelers.

Antonio Brown has removed the Pittsburgh Steelers from his Twitter Bio. #Steelers pic.twitter.com/mVx3qKIUOE

Of course, this could just be posturing. To a degree, we’d actually say that this definitely is posturing. But it also feels like it at least could be quite significant.

Remember, Steelers president Art Rooney II has already expressed doubt that the Steelers will retain Brown. Even before Brown changed his Twitter bio, that was already hard to ignore. Rooney’s comments, Brown’s Twitter activity, and the reported high level of interest in Brown on the trade market, makes it feel even more likely that a deal will happen.