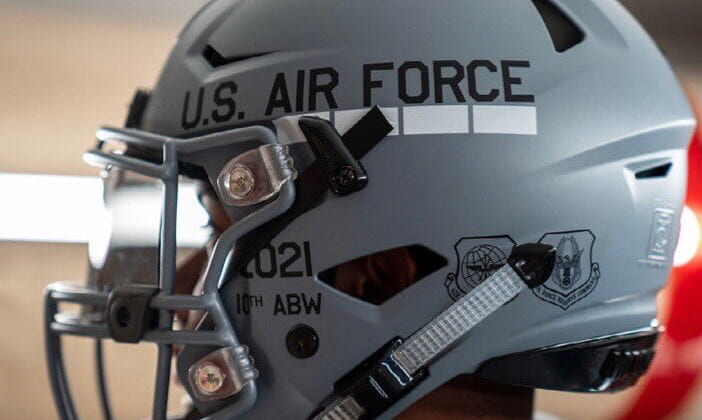 The Air Force Falcons are looking to pay homage to one of the greatest pieces of modern military machinery in the world later this season.

Air Force will wear uniforms depicting the now-famed C-17 Globemaster III aircraft during a game against Hawaii on Oct. 19. The unis themselves are absolutely amazing.

That’s just a nice, clean look right there. Though, the backstory regarding this aircraft is a whole lot more amazing.

The C-17 made its debut back in 1991 and was ultimately used to deploy troops and all sorts of cargo to operating bases and forward bases in deployment areas.

It played a vital role in the second Iraqi War and the War on Terrorism, bringing in troops to combat areas in the thousands.

The three United States Military football programs have in the past paid homage in this manner. But it’s one of the first times we’ve seen one of the programs show its respects for modern war technology.