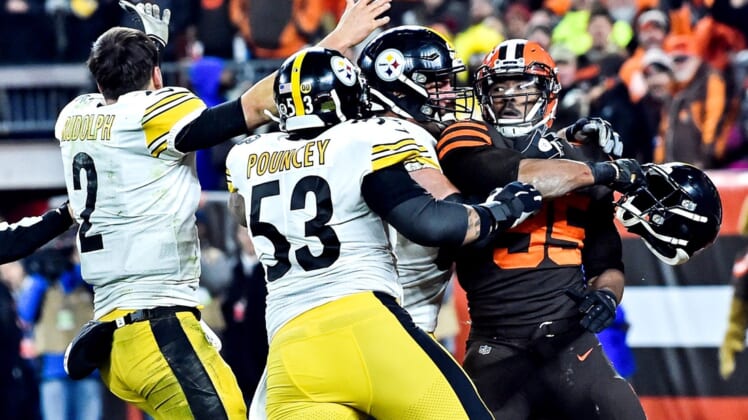 More than a week after the Thursday Night Football game between the Cleveland Browns and Pittsburgh Steelers erupted into an ugly melee, the NFL officially handed down discipline for all parties on Saturday.

While defensive end Myles Garrett received the most significant discipline, an indefinite suspension for striking quarterback Mason Rudolph in the head with a helmet, he was only one of 33 players to receive punishment from the league.

The league fined 19 Steelers players $3,507 each for entering the fighting area. Meanwhile, 10 of Cleveland’s players were also fined for the same offense. Garrett also received a $45,526 fine for multiple violations, in addition to his suspension.