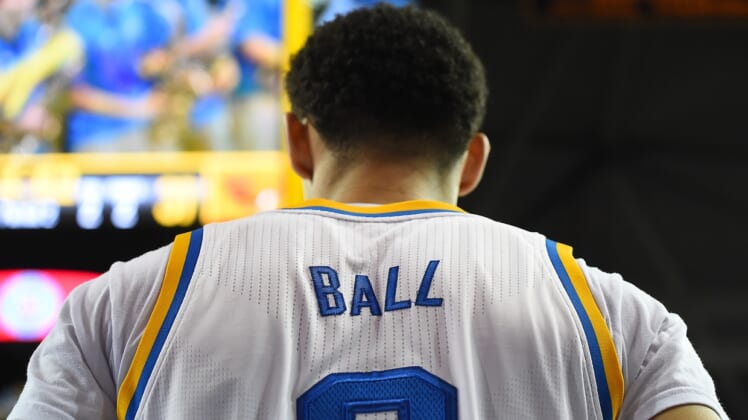 UCLA guard Lonzo Ball has a bright future ahead of him, and the freshman has garnered a prestigious honor for his accomplishments this season.

Ball was selected to receive the Wayman Tisdale Award, which honors the top college basketball freshman of the season.

Lonzo Ball has won the Wayman Tisdale Award as the national college freshman of the year.

During his first (and presumably only) season with the Bruins, Ball averaged 14.6 points, 6.1 rebounds, 7.7 assists and 1.9 steals per game. He averaged 54.4 percent from the field and 41 percent from behind the arc.

Ball has a chance to become a very high draft pick in the upcoming 2017 NBA Draft, provided teams aren’t too scared off by his father (more on that here).

Despite dealing with more attention than pretty much any young player in the nation, Ball thrived in the spotlight. This indicates the pressures of playing at the next level won’t be a problem for the talented guard.