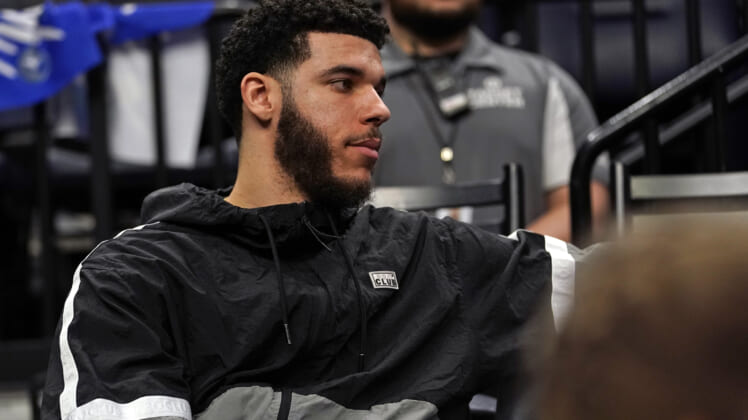 After completing a sign-and-trade to land with the Chicago Bulls in the 2021 NBA offseason, it appeared Lonzo Ball made a wise career move.

Starting all 35 games he appeared in, Ball had the Bulls at 22-13, on track to reach the playoffs for the first time since the 2016-17 season. During that time, Ball was averaging career-high shooting percentages, while combining for an average of 2.7 steals/blocks per game.

While the strong play of DeMar DeRozan cannot be ignored, Ball was a major reason for Chicago’s newfound success.

The Bulls were off to a strong start to the year but their true potential took a major hit on Jan. 11 in a 46-point victory over the Detroit Pistons, when Ball suffered what was initially described as left knee soreness. Ball missed six games while resting before doctors diagnosed him with a small meniscus tear on Jan. 20.

Once again, there was optimism at this time, with reports suggesting there’s “hope he can play through it”. Later that day, news broke that Ball was set to undergo arthroscopic surgery on his left knee, but should only miss 6-8 weeks, placing him on track to return shortly before the NBA Playoffs got underway.

Ball finally was able to have surgery on Jan. 28 and he began running again one month later in the latter portion of February.

Unfortunately, that was the last bit of good news we’d receive about Ball and his knee’s recovery process.

On March 18, coach Billy Donovan noted that Ball’s knee hadn’t responded well to the ongoing rehab process. Three days later it was announced that Ball would discontinue his rehab, halting all running for at least 10 days.

Less than a month later, on April 5, Ball was feeling discomfort in his knee after another attempt to work toward getting back on the court, with the franchise ruling him out for the rest of the season.

Chicago Bulls concerned over lack of progress with Ball’s knee

Now here we are in May, and according to ESPN’s David Kaplan, team officials are beginning to be worried about Ball and the lack of progress his knee has shown in the four months since getting surgery.

They’ve tried multiple approaches, including having Ball rest and ramp up the process twice, with him experiencing more pain and soreness each time.

The next move is anyone’s guess. Maybe Ball will have to go under the knife once again, causing him to take even more time off the court.

Whatever happens, hopefully Ball can be ready to go by the start of the 2022-23 season, helping the Bulls finish what they started. For now, the 24-year-old point guard just needs to find a way to get healthy.