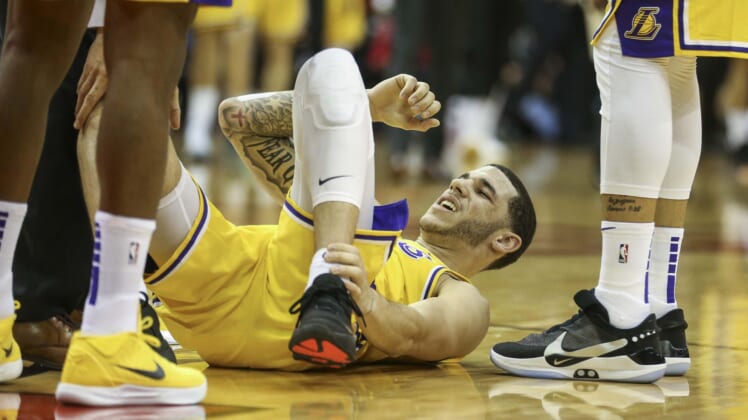 Los Angeles Lakers star guard Lonzo Ball suffered a Grade-3 ankle sprain and has been ruled out for between four and six weeks. The injury has him feeling pretty glum, head coach Luke Walton told reporters on Monday.

“It’s unfortunate,” Walton said, per Mike Trudell of the team’s official website. “He was starting to play really good basketball. He’s emotionally devastated right now. He was in a really good groove … We’ll get through it and he’ll come back.”

The injury came at a really bad time for the Lakers, as both Rajon Rondo and LeBron James are both still out and the team is just one-half game behind the Los Angeles Clippers for the No. 8 seed in the Western Conference.