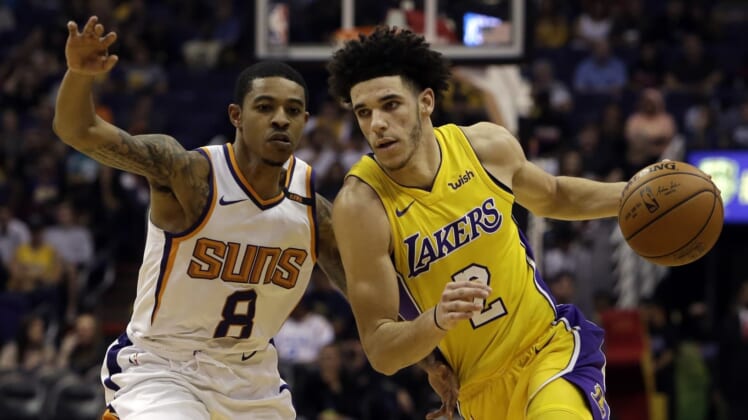 Los Angeles Lakers rookie guard Lonzo Ball had an MRI done on his left knee Thursday after getting knocked out of Wednesday night’s game. Thankfully, the images showed the injury is nothing more than a knee bruise, and he’s been listed as “day-to-day.

Per Mike Bresnahan, the Lakers are calling him questionable for Friday’s game against the Milwaukee Bucks.

The injury occurred when Ball banged knees with Dallas Mavericks veteran power forward Dirk Nowitzki, causing Ball to limp to the bench and ultimately be taken out of the game.

The rookie point guard has been playing well of late, ever since returning from the injury that kept him out over a month from mid-January until after the All-Star break. In 52 games this season, Ball has averaged 10.2 points, 7.2 assists, 6.9 rebounds and 1.7 steals per game.