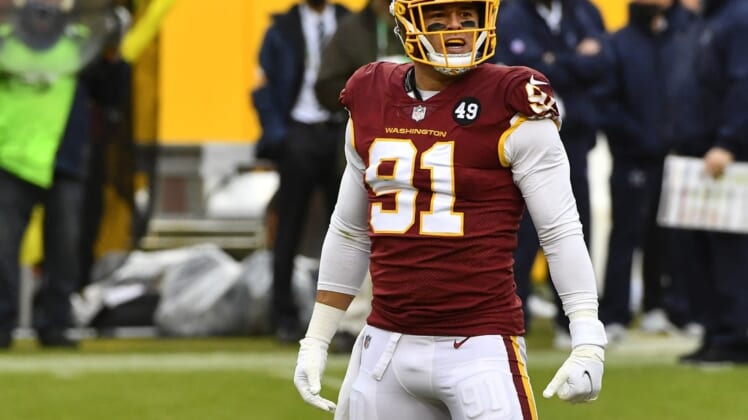 Defensive end Ryan Kerrigan is signing a one-day contract to retire as a member of the Washington Commanders, the team announced Friday.

Kerrigan, who turns 34 next month, played for a decade in the nation’s capital (2011-20) before spending the 2021 season with the Philadelphia Eagles.

“While I’m thankful for the amazing times and memories I was able to have as a player, I’m equally thankful to now have the wisdom and courage to walk away,” Kerrigan said in a statement. “We all eventually come to the end of our playing days, and that time is now for me.”

Kerrigan leaves the game with 457 tackles (120 for losses), 149 quarterback hits, 95.5 sacks, 26 forced fumbles and three interceptions (all returned for touchdowns) in 172 games (143 starts) with Washington and Philadelphia.