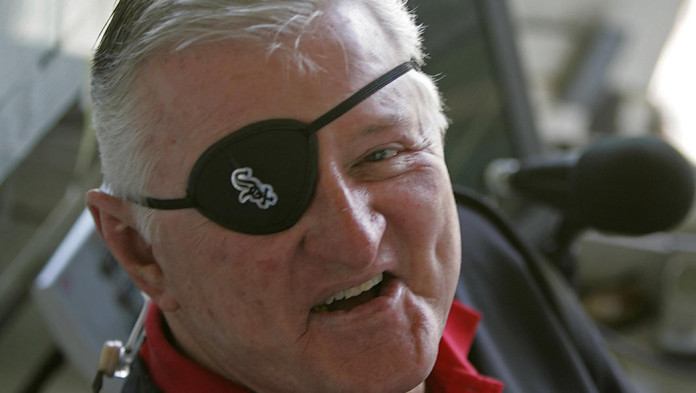 Starting in 2019, Chicago White Sox games will have a different sound to them. The club announced on Wednesday that long time announcer Ken (Hawk) Harrelson will retire following the 2018 season.

The #WhiteSox today announced that Ken “Hawk” Harrelson will return for his 34th and final year in the broadcast booth in 2018. pic.twitter.com/lpL3PUgDSQ

“It has been an amazing honor for me to deliver White Sox baseball to generations of fans,” Harrelson said in a statement, per the Chicago Tribune. “I cannot thank the fans of Chicago, the White Sox and Jerry Reinsdorf enough for allowing me this fantastic career and for agreeing to my role for the 2018 season and beyond.”

Harrelson is known for many catchphrases. Included among those are his emphatic “He gone” catchphrase after strikeouts and a drawn out “You can put it on the board…yes” when a Sox player hits a home run. Harrelson has often been called baseball’s biggest homer, which he takes as a compliment.

Harrelson played from 1963-1971, suiting up for the Kansas City Athletics (two stints), Washington Senators, Boston Red Sox and Cleveland Indians. He became Chicago’s announcer in 1982 and held the job through 1985. In 1986, Harrelson was named the team’s general manager — a stint that included firing Tony La Russa and Dave Dombrowski, both of whom would go on to immense success later in their careers.

Hawk rejoined the White Sox in 1990 as an announcer and has stayed in that role ever since.