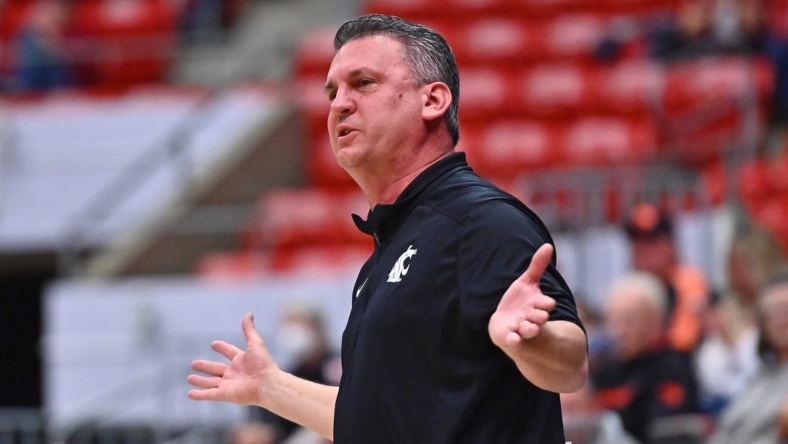 Led by junior Jabe Mullins’ 8-of-11 shooting from 3-point range and career-high 24 points, Washington State connected on 15 of 30 attempts from outside on the way to a 82-56 rout of Eastern Washington on Monday in Spokane, Wash.

The Cougars (2-2) jumped out to a quick lead on the strength of their 3-point shooting and never trailed. Washington State made seven first-half 3-pointers, six of which came in the contest’s opening 10:30.

The lead stretched to as many as 19 points before intermission and 28 after it.

Eastern Washington (1-4) cut the deficit to 13 points early in the second half, but Mullins connected on two of his 3-pointers before TJ Bamba knocked down a trey over a stretch lasting a little more than two minutes.

The Eagles never came within fewer than 14 points after that.

Four Cougars scored in double figures. Mouhamed Gueye posted 17 points on 7-of-11 shooting from the field. Justin Powell connected on 4 of 8 3-point attempts for 14 points, and Bamba added 14 points.

While the 3-point shot was falling on one end, it was shaky on the other. Washington State’s defense limited Eastern Washington to just 6-of-27 shooting (22.2 percent) from beyond the arc, 19-of-61 (31.1 percent) from the floor overall.

Steele Venters scored 20 points to lead the Eagles, but Ethan Price was the only other Eastern Washington player to score in double figures, ending up with 11 points. Tyreese Davis grabbed a team-high seven rebounds and matched Angelo Allegri for the Eagles’ high in assists, each passing for four.

Both offenses were largely clean with their possessions, combining for just 15 turnovers on the night. Washington State gave away six possessions, while Eastern Washington committed nine turnovers.

However, while the Eagles only converted those Cougars turnovers into four points, Washington State turned its takeaways into 15 points.