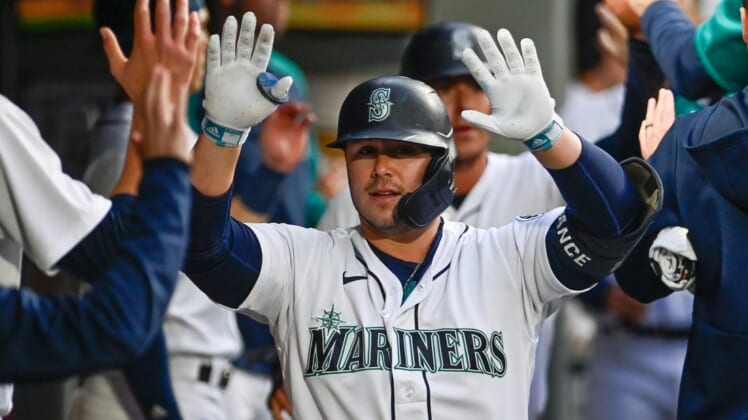 Gilbert (7-2), a right-hander in his first full season in the major leagues, gave up four hits, walked one and struck out six in making his sixth straight quality start.

Twins right-hander Joe Ryan (5-3), activated earlier in the day after being out since May 25 with COVID-19, lasted 4 2/3 innings. He allowed four runs on five hits, walked one and struck out three. It was Ryan’s second loss to Seattle this season, after a 2-1 defeat on Opening Day, April 8, in Minneapolis.

The game Tuesday was scoreless until the bottom of the fourth. With one out, Mariners rookie Julio Rodriguez doubled to left field and Suarez followed with a homer to left on a 3-1 count; it was his team-leading 12th homer of the season.

The Mariners tacked on a run in the seventh as Moore drew a leadoff walk from Jovani Moran, stole second and scored on Sam Haggerty’s double to left.

Twins leadoff hitter Luis Arraez, who entered the game with a major-league-leading .362 batting average, went 0-for-4 to drop to .354.

Teammate Byron Buxton, the reigning American League Player of the Week who had homered five times in five previous games against Seattle this season, also was hitless.

Carlos Correa and Gilberto Celestino each had two hits, with the rest of the Twins’ lineup going a combined 0-for-23.

The teams will wrap up the three-game series Wednesday afternoon at T-Mobile Park.