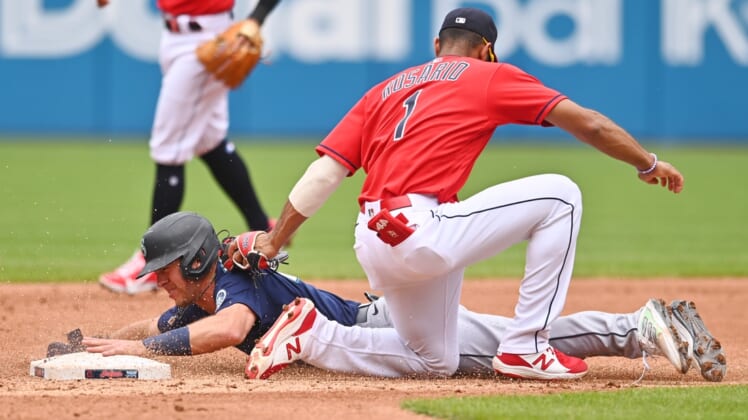 Kyle Seager and Jake Fraley homered for Seattle, which avoided being swept in the three-game series. Fraley replaced the injured Mitch Haniger in the first inning after Haniger sustained a contusion fouling a ball off his left knee.

Gilbert (2-2) allowed one run on four hits, walked one and struck out six in the longest outing of his major league career.

The light-hitting Mariners carried a major league-worst .209 team batting average into the game, yet they defeated Bieber — the American League’s reigning Cy Young Award winner — for the second time this season. Bieber (7-4) gave up five runs on 10 hits in 5 2/3 innings with two walks and eight strikeouts.

The Mariners scored in three consecutive innings against Bieber, starting in the second.

Jake Bauers, acquired from Cleveland on Wednesday in a trade, led off the inning with a double into left-center field against his former teammates. Shed Long Jr. walked with one out and Jose Godoy and J.P. Crawford followed with a pair of two-out run-scoring singles.

Seager led off the third with a home run to right-center field.

In the fourth, Godoy drew a one-out walk and one out later, Fraley hit a two-run shot to right-center to make it 5-0. It was Fraley’s fourth career homer, all hit on Seattle’s 10-game trip that wrapped up Sunday.

Gilbert opened with five scoreless innings before the Indians broke through in the sixth. Bradley Zimmer led off with a walk and stole second. With one out, Amed Rosario grounded a run-scoring single into left field. Gilbert got out of the inning by getting Jose Ramirez to ground into a double play.

The Indians tried to rally with two outs in the bottom of the ninth against right-hander Kendall Graveman, loading the bases on a walk, infield single and a batter hit with a pitch. A run scored on a wild pitch before Graveman got Josh Naylor to fly out to left to end the game.