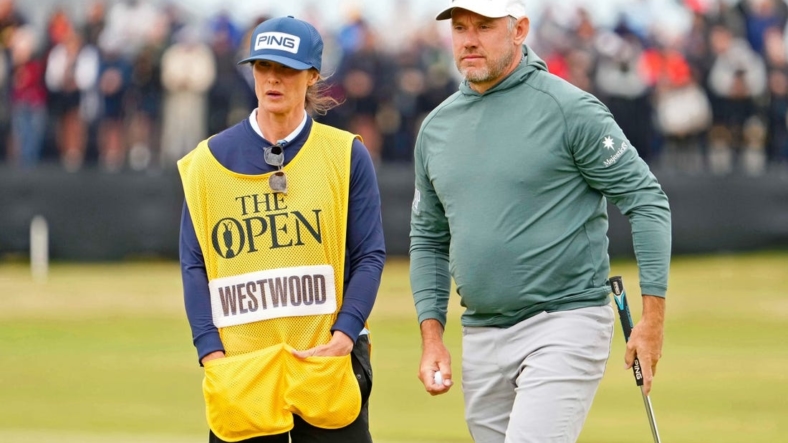 LIV Golf Series’ Lee Westwood peered at the changes presented by the PGA Tour for 2023 and they felt a little too familiar.

Westwood, early to onboard with the competitor to the PGA, said he is amused by the spin from his former peers.

“I laugh at what the PGA Tour is doing,” he said in a Golf Digest interview. “It’s just a copy of what LIV is doing. There are a lot of hypocrites out there. They all say LIV is not competitive. They all point at the no-cut aspect of LIV and the short fields.”

Commissioner Jay Monahan suspended Westwood and other PGA defectors who’ve joined LIV Golf and this week announced changes. They include larger purses and a commitment from the top 20 players on the PGA Tour to participate in at least 20 events, including 13 with “elevated” status and more money on the line for players.

Westwood, also a former member of the DP World Tour in Europe, said the PGA Tour is doing to the DP events what the LIV intends to do to the PGA.

“All the PGA Tour has done since Tiger (Woods) came on tour is up the prize purses,” Westwood said. “In turn, that has taken all the best players from Europe away from the European Tour. They’ve had to play in the States, taking all their world ranking points with them. That was their strategy: ‘Put up the money. Get all the players. Hog all the world ranking points.’ Which becomes self-perpetuating. What we have seen over the last few months is just LIV doing what the PGA Tour has done for the last 25 years.”

LIV events are 54 holes and there is no cut line based on the smaller field of players.

Westwood said he understands the PGA proposal includes events that copy the LIV format. The PGA Tour plays most of its events as a 72-hole tournament with cuts after 36 holes.

“Funnily enough, they are proposing 20 events that look a lot like LIV,” Westwood said. “Hopefully, at some point they will all choke on their words. And hopefully, they will be held to account as we were in the early days.”