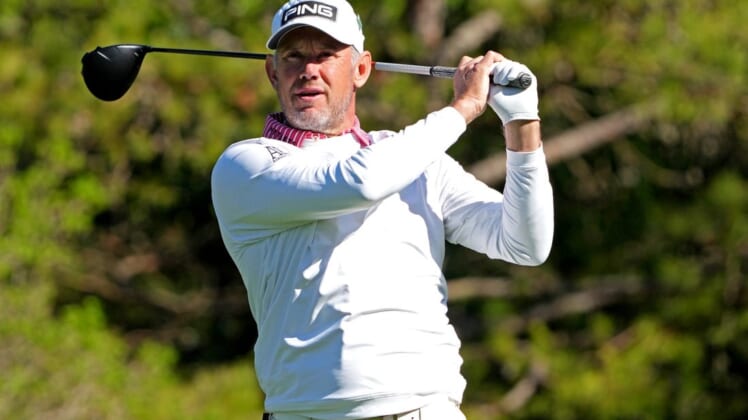 LIV Golf Invitational Series members asked the DP World Tour to rescind fines and permit their participation in the Scottish Open next week.

Brits Ian Poulter and Lee Westwood are hopeful they will be able to tee it up at the Scottish Open without taking their challenge through the court system.

“Instead of spending our time, energy, financial resources and focus on appeals, injunctions and lawsuits, we would implore you … to reconsider your recent penalties and sanctions,” the letter reads, according to the London Telegraph.

Players didn’t have to wait that long for what would appear to be a firm and final response from DP World Tour chairman Keith Pelley.

“Before joining LIV Golf, players knew there would be consequences if they chose money over competition. Many of them at the time understood and accepted that. Indeed, as one player named in the letter said in a media interview earlier this year: ‘If they ban me, they ban me.’ It is not credible that some are now surprised with the actions we have taken,” Pelley’s statement read.