LIV Golf can’t compete with the PGA Tour when it comes to talent and competition, however, they continue to offer some absurd paydays and will expand on that in 2023.

On Wednesday, the golf tour backed by the massively wealthy Saudi Arabian government announced that they plan to nearly double their slate of events next season. Going from the eight events in for their inaugural 2022 season, to a whopping 14 tournaments next year.

Along with more events comes a whole bunch more money to deal out to the 48 golfers the league already has on their roster. This year, LIV guaranteed $255 million in individual and team purses during the season. With six more events in 2023, the tour will add an extra $150 million to that pot for a total of $405 million that will be up for grabs next season.

The winnings are just icing on the cake for several top stars that LIV Golf pulled away from the PGA Tour — including Phil Mickelson, Sergio Garcia, and Dustin Johnson — who landed multi-million dollar signing bonus when they joined the league.

Along with that, 2023 will also see the tour create 12 established team franchises that athletes can compete on to win separate purses. Currently, the league drafts four teams of 12 the week of each tournament.

The PGA Tour was already in a serious battle with LIV when they only offered their athletes eight tournaments. With an expanded LIV Golf schedule, the PGA could lose several more top names in the months ahead.

LIV offers their 48 golfers guaranteed paydays by having no cuts at their events. That is something the PGA Tour does not do, and it makes playing for the Saudi-backed league far more financially beneficial. In response, the PGA has banned LIV players from competing in their tournaments. While the majors are independent of the PGA, there is a chance that as time passes they also could ban LIV talent as a show of solidarity. 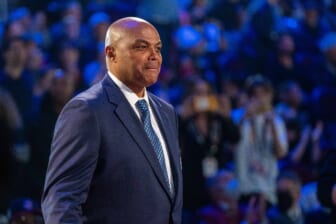 The new golf tour may see that as a real possibility and have upped their events and purses as a counter to lost PGA and major event wages for players. It also adds to the interest for those players who stand to make more for LIV Golf in general compared to playing for the PGA and losing in major tourneys.

The battle between the two golf leagues will only rage on and the PGA Tour will need to figure out new ways to make membership worthwhile for players beyond just prestige.