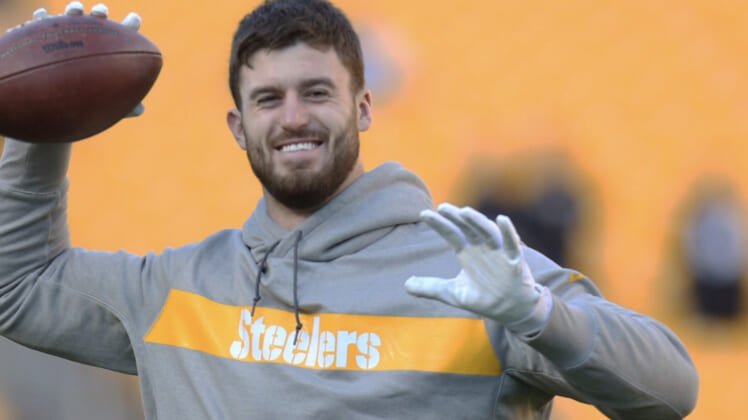 We can add another reliable playmaker the Pittsburgh Steelers will lose during the NFL offseason.

Fresh off trading Antonio Brown to the Raiders and with Le’Veon Bell set to leave in free agency, Pittsburgh is reportedly losing tight end Jesse James to the Detroit Lions.

James’ numbers were not flashy during his four-year career in Pittsburgh. Though, he was a tremendous two-way tight end for the Steelers. Last season saw the 24-year-old James catch nearly 77 percent of the 39 passes thrown in his direction. He also averaged a robust 14.1 yards per catch.

This is yet another big move for Detroit. Earlier in the day, Matt Patricia and Co. added defensive end Trey Flowers from his former Patriots team and top cornerback Justin Coleman — both on record-breaking deals.

As it relates to the Steelers, they are also on the verge of losing the above-mentioned Bell. One team reportedly entered the sweepstakes on Monday.