Lions to honor Hall of Famer Barry Sanders with statue 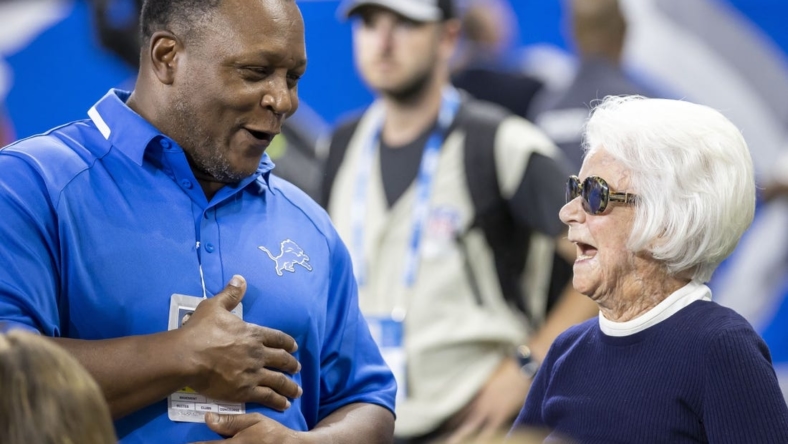 The Detroit Lions will unveil a statue of Hall of Fame running back Barry Sanders at Ford Field prior to the 2023 season.

Sanders will become the first Lions player to be immortalized with a statue.

“It is with immense pride that we share the news that we will be honoring the greatest running back in the history of football with a statue in the city we represent,” said Sheila Ford Hamp, the team’s principal owner and chair, told the team’s website Sunday. “Generations upon generations of fans will learn about Barry and his contributions not only to the Lions, but to the game of football. He is truly in a class of his own, and while we may never see a player quite as electrifying or elusive again, Barry’s legacy will live forever and be tangible right here in Detroit.”

“Detroit has been my home ever since I was drafted by the Lions in 1989,” Sanders said. “This statue means the city will be my home forever, it’s surreal. There is no way that I can express my gratitude to the entire Ford family, my teammates, my coaches, the Lions front office, the media, and most of all to the fans. As I soak it all in and reflect on my career, I recognize what a tremendous honor this is.”