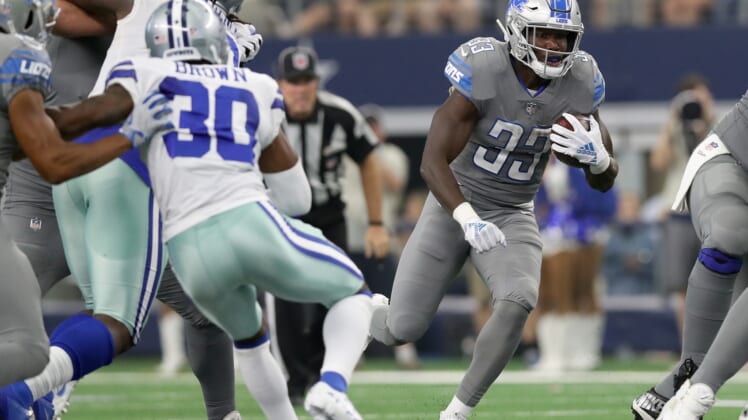 Detroit Lions running back Kerryon Johnson is expected to miss “some time” with a knee injury, according to ESPN’s Adam Schefter, who notes the injury will be called as week to week.

Johnson has been a key figure who has helped revitalize a Lions running game and has 308 yards and two touchdowns on the ground this season. He was forced out of action this past Sunday with the knee injury and appears to be out for a while longer now, which will stress the team’s ability to feature a balanced offensive attack.

The second-round pick out of Auburn will likely be replaced by a combination of J.D. McKissic and rookie Ty Johnson, both of whom have gotten in some work already this season as the Lions have rolled with a committee out of the backfield.