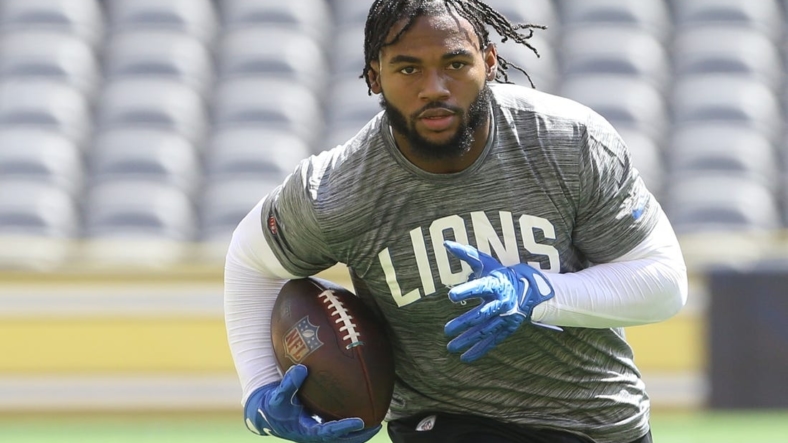 Fresh off the best rushing game of his career, Detroit Lions third-year running back D’Andre Swift missed Wednesday’s practice with an ankle injury.

In what could be a telling move, the Lions signed RB Justin Jackson to the active roster from the practice squad.

Swift, 23, rushed for a career-high 144 yards in Sunday’s loss to the Philadelphia Eagles. He averaged 9.6 yards per carry and scored a touchdown. He also caught three passes for 31 yards. It’s unclear when or how Swift was injured. He played 67 percent of Detroit’s offensive snaps.

Jamaal Williams is the No. 2 running back. He rushed 11 times for 28 yards and two touchdowns against the Eagles.

Jackson was on the active roster for Week 1 and played 20 snaps on special teams. He has 1,040 career rushing yards and four touchdowns in 43 games (seven starts) with the Los Angeles Chargers.

“Frank’s a little sore,” Lions coach Dan Campbell said Wednesday. “He won’t practice today, so we’re just going to monitor him and see how he feels. It is, it’s kind of a day-to-day, and see where we go with it.”