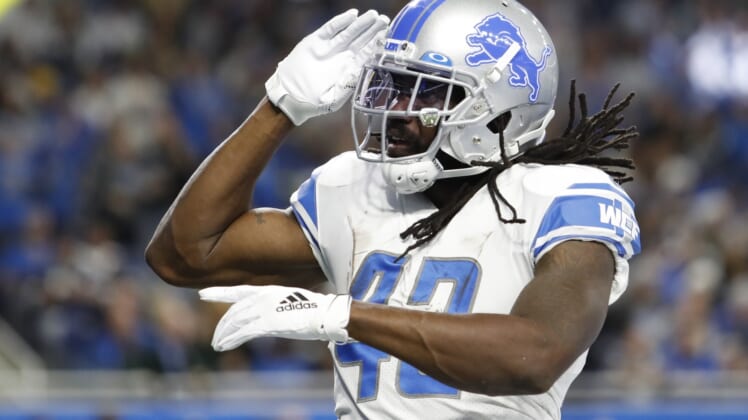 The average NFL career lasts just over three years, with many players forced to consider other lines of work when their playing career ends. Detroit Lions running back Bo Scarbrough plans to play much longer, but he’s already working towards a fascinating career after football.

When Scarbrough isn’t in the weight room or preparing for the 2020 NFL season, Detroit’s 23-year-old running back is preparing for his future after football. Specifically, as detailed by ESPN’s Michael Rothstein, Scarbrough is working towards becoming an FBI agent.

A seventh-round pick in the 2018 NFL Draft, Scarbrough spent his first NFL season bouncing around the Dallas Cowboys and Jacksonville Jaguars practice squads. He eventually made his way on a 53-man roster with the Seattle Seahawks in 2018 then finally got a chance to play this past season with the Detroit Lions.

Scarbrough made a solid contribution in limited action with 377 rushing yards and a touchdown, while averaging 4.2 yards per carry. The 235-pound runner proved he could muscle through defenders and pick up the tough yards. Now with two seasons under his belt, Scarbrough is back in the classroom.

He is taking a career-planning class called Criminal Justice 290, one of the final courses at Alabama before he graduates with his degree. Once he obtains his diploma and his NFL career comes to an end, Scarbrough is targeting a future in the FBI and a chance to help people.

“I like hands-on and like to be out in the field,” Scarbrough said, via ESPN. “I like to help people and I’m caring. I just figured that it would be the right thing for me. That it would be comfortable for me.”

If Scarbrough continues on the path, he won’t be the only former player to join a federal agency. Former Chicago Bears cornerback Charles Tillman retired in 2016 and became an FBI agent just a few years later. Let’s hope Scarbrough has a long NFL career then lives out his dream in the FBI.